The time is in UTC. Click the link to see your local time.

Room owner topic discussion - This private room is for the ROs to discuss anything sensitive that might need to go on the agenda. Of course, we’re still open to suggestions from non-ROs :) . Message a room owner in the room or email us at chatroom@sopython.com and we will add your topic to the agenda.

Why do we hold these meetings?

We like to be open with what we do in the sopython community and with what plans we have for the future.

As such we like to hold these open-house meetings every once in a while for the development team to let everyone know what they’re up to, as well as letting anyone voice any opinions they have to the community at large (be they positive or negative). If you cannot attend the meeting but would like to be involved within sopython then you are of course welcome to bring this up with one of the room owners at a more convenient time.

One of the things that makes me uncomfortable as an owner is when I have to be strict about this stuff. But we do have to be strict about it, it's part of the reason that the room became what it is.
I feel like #5 needs a takeaway and next action
I'll be happy to propose a terse/well-written revision.
- Remove rules and clean up the wording to make it faster to grok
- Work on a clean phrasing of "off-topic, but allowed?"
@AaronHall That would be appreciated.
I've already got a document sitting around. I'll get it into shape and put it on the wiki in the next day or two.
Great!
Are people okay with me closing up #5?
Yup.
@tristan That is a simple image, right to the point.
Yup.
Item 6: Message us to add your topic.
Mm, is this the actual item?
laurel
I just wanted to say hi. So, "Hi!"
I guess we can talk about this though.
For room meetings, please message the ROs or email us your topics. We take feedback very seriously even if we don't always discuss it in the room.
very seriously
Top. Men.
Anyone may propose a topic to the meeting or bring up a concern to the ROs at any point and I promise you that most, if not all, of us will read and discuss.
@JonClements (and the other original owners) have put so much work into making this room what it is. Part of that is strong direction and maintenance, and a welcoming atmosphere. This is why we take any disruptive events and honest feedback seriously.
Okay people, I am out for food. Its already 10:00 and I'll not get food after this time. Short Rhubarb
rbrb
rbrb
rbrb
Also, fair to note: ROs don't always agree with each other and we do make sure to discuss misunderstandings in the room.
rbrb
That said, we're trying and our goal is to make this a healthy, friendly, productive community that all feel welcome in.
hear hear
With that, I'm going to move this to the final item.
Item 7: Any Other Business 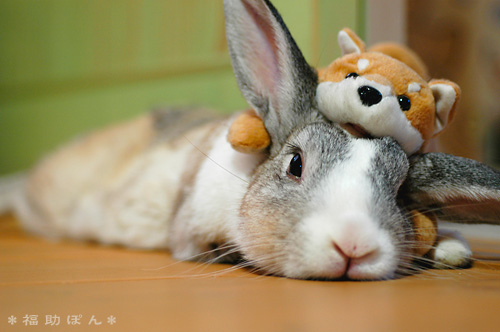 the image speaks for itself
awww...............
I didn't get a chance to say it during the chatbot discussion, but I want to thank @overactor for his hard work. Whether we ultimately use his project or not, I appreciate the effort.
@overactor yes, indeed, thank you.
(And also thanks to his partner whose name I forgot)
Has the tone of the room changed? Are we quicker to point people to the rules?
I think so... the regulars are prompt pointing out guidelines/rules to newcomers that are starting to go astray
Do you think this is a bad thing?
There was one exchange that sticks out in my mind in which a user was demanding that others answer his survey questions and I kicked him. Do non-ROs think this was the correct action?
I personally think the room feels the same as before.
Ye, I didn't notice the change of tone
I'm pretty sure he was spamming a bunch of rooms.
I wasn't present for that (or I just forgot I was) but it sounds acceptable
My concern is that the top row of people active in the meeting are ROs right now.
I was only an RO for like 30 seconds, tops
Maybe the other's have fallen asleep? :p
With that. It's been 1h45m. I believe it's time to close this up.
All in favor?
We get plenty of participation from non-owners. But part of the point of the meetings is that the ROs can discuss things publically all at one time.
Aye
Yep
Aye.
cabbage
Aye
Summer 2015 General Meeting closes